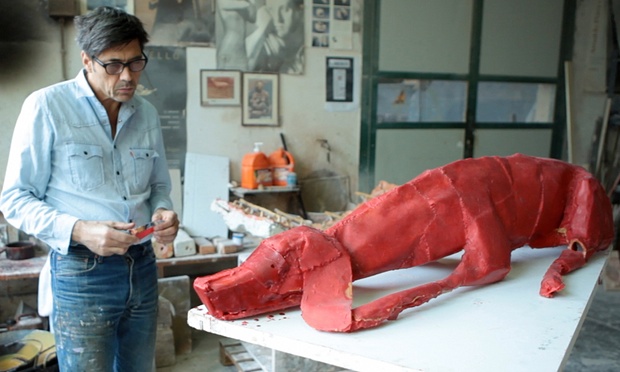 This fascinating documentary gets a limited run in Dublin’s IFI this week. For anyone with an interest in art, craft or the exigence of human creativity, it is essential viewing.

THE permanency of bronze and the painstaking toil of a craft that cannot be bluffed by technology are the thematic cornerstones of this bewitching Berlinale-winning documentary from debutante Francesco Clerici. The idea was simplicity itself – a fly-on-the-wall look at the methodology of a Milan’s century-old Fonderia Artistica Battaglia as it goes about creating a sculpture using the “lost-wax casting” system, a method that dates back to ancient times.

It is, we are told in a muted introduction, an oral history that has been passed down all these centuries, and given the concentration involved and the precision required at every stage within the foundry, this makes perfect sense – one slip of the wax knife or the angle grinder and days and days of work can be undone.

Clerici hovers from one master to the next as a model of a sleeping dog gets moved around the warehouse. The wax is worked to perfection. It is cocooned in clay and plaster, and half buried as molten bronze is fed through. There is the similar feeling of satisfaction as watching a Rube Goldberg machine progressing.

Clerici’s minimal style, free of music, voiceover or mood lighting, pulls you in to become part of the process, a supervisor with a somehow vested interest in how the sculpture will turn out by the end of the 77 minutes. The only prods come when he abruptly splices in archive black-and-white footage of predecessors engaged in the very same toil, albeit with less protective clothing.

It is all too rare that documentary filmmaking allows the simple magic of a subject to radiate without any embellishment. Hand Gestures solidifies as calmly as the liquid metal rendered before us, and it is utterly engrossing because of it. Sometime less is indeed more. 4/5

First published in the Sunday Independent

This site uses Akismet to reduce spam. Learn how your comment data is processed.